A couple of months ago Sean and Jason did a short interview with Julia Corrie of Narrow Magazine. Check it out below!

Jason Paul & The Know It Alls released their fifth full-length album on August 12, Homemade Vol. 1. It was a long time in the making, as COVID postponed their transcontinental touring plans in the spring of 2020. I sat down with lead singer, Jason Paul, and drummer Sean Cole to discuss their creative process with the record, and how they came to be as a band.

Q: Where are you based out of? A: San Pedro, CA

Q: How did you guys meet, coming together to make a band?

A: Jason moved to San Pedro from Milwaukee at the start of 2013. There’s a very close knit music scene there. I (Sean) am in another band and knew some people from Milwaukee, and we ended up meeting through mutual friends.

Q: What was the thought process behind Homemade Vol. 1?

A: Jason needed a place to stay, and then a room opened up. We've been living and working together ever since. We were supposed to start our tour in March of 2020 in Japan, but everything shut down 4 days before we were supposed to leave.

Q: So COVID-19 definitely affected your plans, so you had to stay inside the whole time instead of going to Japan?

A: What was good about COVID was that we were able to make tons of music no matter what it sounded like, all of the good, bad and ugly. We would often write a song one day, and then record it the next day. It was a fun challenge

Q: What are some of your goals over the next year for your music?

A: There is definitely going to be a Volume 2! Hopefully we can go back to Asia for our tour.

We postponed it but we have a voucher for Air Japan from last year.

Q: Where are some places in Asia that you’d like to hit?

A: We’d love to go to Taiwan, and we still need to go to Vietnam at some point!

Q: What made you choose Japan as the must-have touring location?

A: I (Sean) went to Japan for the first time in 2003, and we have a lot of friends over there. We’ve played some shows and have built relationships with many of the people there.

Keep up with the latest on Jason Paul & The Know It Alls: 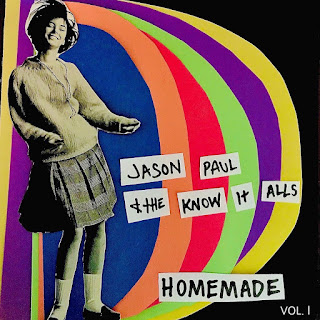 The first edition of our Homemade series “HOMEMADE VOL l” is officially released!

Below is a quote from Jason Paul explaining the recording process of the records. Below that is a review of the album…

“The process of this record was a bit different than we have ever done. As the Coronavirus pandemic began, shutting everything down and shutting us inside, we came up with the idea of making a ‘lightning’ record. I’d write a song one day then, the next day, I’d teach it to Sean and we’d record it that same evening. We did every track like that and it’s been a blast! And there’s a volume 2 on deck!”

CHECK OUT THIS BEAUTIFUL REVIEW OF "ALIEN OR MARTIAN?" 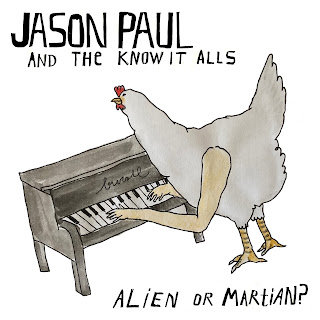 It felt like the winter between 2020 and 2021 was never going to pass, and I'm sure many other Americans felt similar given the pandemic and inadequacy of our elected officials. Fortunately, daylight savings came and we're getting warmer weather, even if it comes with dry wind sand blasting Albuquerque with dust from the mesa. This setting just happened to put me in a very suitable headspace to really listen and vibe out to Alien or Martian by Jason Paul & The Know It Alls.

Jason Paul Klandrud grew up in the Minneapolis punk scene in the 2000's until moving to San Pedro, CA in 2012. Here, he started a couple of bands but couldn't seem to get enough traction, so he ultimately became a solo artist and recorded music reminiscent of Bob Dylan or a 21st century Woodie Guthrie. These roots still show in his newest release, but Jason and his band threw in more elements of rock'n'roll in multiple subgenres that give a nice flow and dynamic to the record.

Immediately from the opening track "Tongues In Knots,” the band sets the precedent for the album. The only time they seem to let up is to bring a guitar riff into the spotlight, only to thrust you back into the soundtrack to bombing a hill on a skateboard in the hot summer sun. This mood is carried on through the next two tracks, the lively and urgent percussion contrasting the relaxed yet present guitar chord progressions.

The album hits its first road stop on "Giving Up Our Names,” a sparse Americana song that brings the tempo down and delivers more emotional and sentimental meaning through the combination of the piano, strings, and Jason's voice. The album doesn't let you settle here though, using "We Took The Risk" to throw you back on the road to search for the next adventure. It then propels into "We Took The Risk" and "Go For Broke,” the latter being a steadfast anthem in giving your all even when you may not have much to give.

"All In All" and "As The Day Goes By" seem to be the climax of the album where the band gets more comfortable with switching up the dynamics more frequently, letting vocals and guitars ring out while drums drop out and come back in, and inevitably finishing just as strong as they did before they fall into the last song of the album.

"Trust" brings similar energy as "Giving Up Our Names,” but provides a fitting sense of closure: the feeling of dropping off all your friends after a long night of driving aimlessly to the next spot to hang, the next gas station to pick up cigarettes, and the next party that hasn't died out. The song initially gives more emotion not quite reached from the previous tracks. "Taking leaps of faith, cause there ain't no other way. Just a piece of the puzzle in a game they create. Do you trust me?" Jason utters before the buildup and guitar solo that picks up the pace while expanding the same tenderhearted disposition. Once again asking "Do you trust me, like I do you?" before fizzling out and concluding the album.

This record surprised me by maintaining the familiar rock'n'roll style, yet not being too cliché or frankly boring as a lot of other bands doing similar genres can be. Alien or Martian? really gives you enough nostalgic emotions while also keeping the hope and anticipation for the future very prevalent, a difficult balance to achieve in a world where art seems to either get weirder or stay the exact same. I look forward to night drives with the windows down, feeling the wind through my fingers while this record is blasting through the car speakers.

Hey! Here's the new video for "I Don't Wanna." The second track off of Alien or Martian?
Posted by BAR at 7:02 PM No comments: 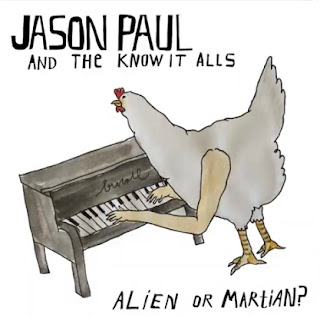 Our 4th full-length, Alien Or Martian?, is now available for streaming on all of the platforms! Currently being pressed to vinyl, we expect to see a spring release for the LP.  Ten new tracks, four hundred and twenty new banters, and about 666 new sick licks. Click HERE to take a listen for yourself - and stay tuned for the vinyl release.
*Jason Paul is part of the tight knit music community in San Pedro, California, and it shows. Many of the songs on this latest full-length LP from the band have that relaxed psychedelic tinged pop punk sound that Pedro bands are known for.
-Paul Silver, Jersey Beat
Posted by BAR at 11:14 PM No comments: 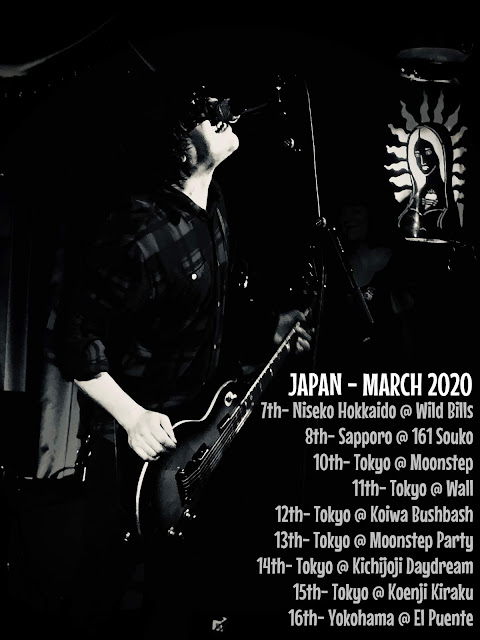 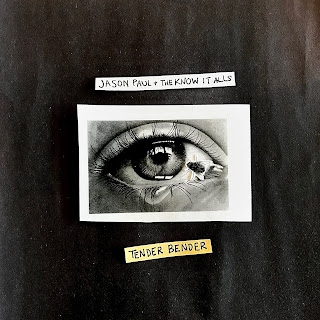 Hey folks! We're very excited to release this new batch of tuneage! Calling it "Tender Bender" doesn't mean it's soft and cushy. The first intent was to release a slew of acoustic and more "mellow" sounds, but things couldn't turn out that way. While there are moments of softer sounding acoustic bits, the urgency and paranoia still exist. Eleven new tracks. One for every friendly, desperate, paranoid, and aloof soul. Comes to all streaming vessels on Friday, November 29th!
Posted by BAR at 1:21 AM No comments: